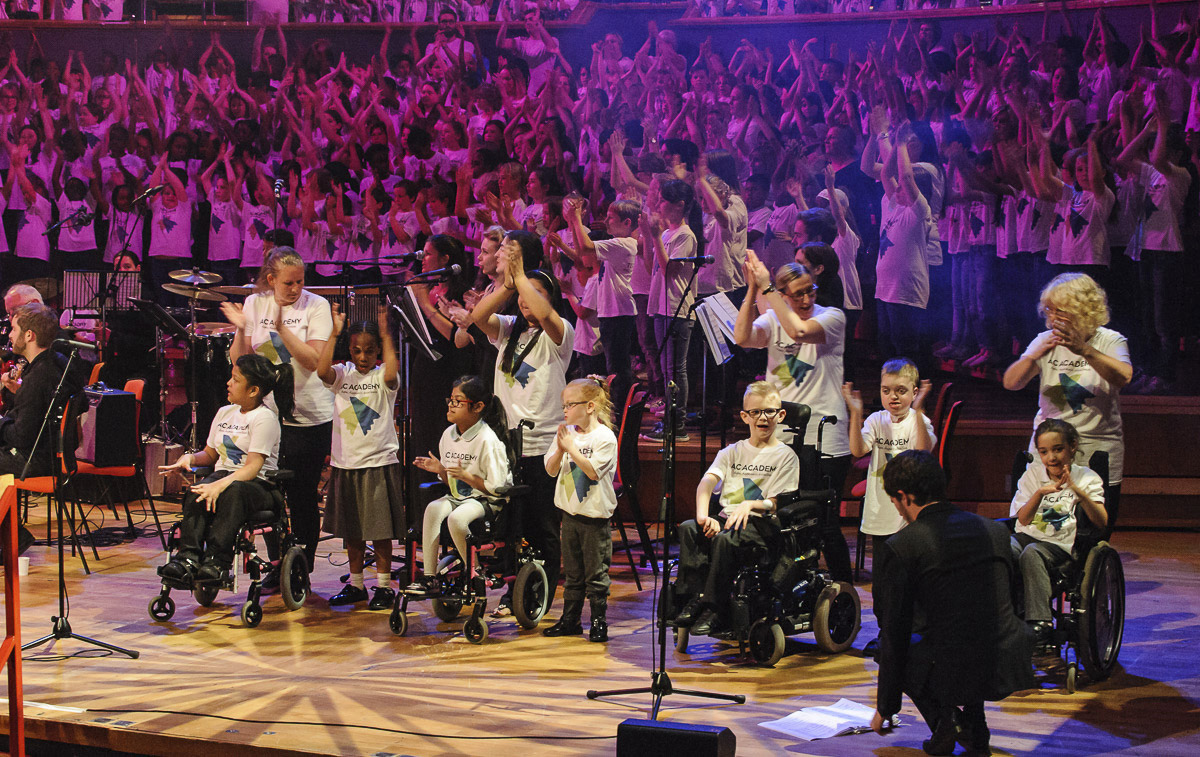 Over the last 10 years, alongside our work with mainstream schools, our team have also been working in SEN schools with specialist leaders.

The AC Academy leaders identify and draw upon each individual’s strength, students are encouraged to participate at all levels, and everyone has a part in the performance produced, whatever their disability. Our projects aim to build confidence, improve communication and develop musical skills in young people with special needs, embedding a culture of music-making in the host schools by increasing their awareness of the benefits of music as a tool for personal, social and emotional development.

We currently run projects in Telford & Wrekin, Worcester and Coventry, and are very grateful to the charitable trusts and foundations supporting our work.

Many of these children have an incredible creativity and a courage to 'shout out' their ideas and stand by them. For our recent gala concert at the Royal Albert Hall in June 2016, we came up with the idea that these children should write a song that we could adapt to have a massive impact.

Together with the brilliant composer William Carslake and his team, SEN children from 3 schools in Reading, Warwick and Birmingham have created an original piece of music and drama around the theme of the Olympics in Rio, which they have performed during the concert. We have arranged a backing track for the band, and the 2000 children in the choir behind them have had a part of their own. The audience also had their turn!! 5000 people singing something written and inspired by young people who often find it so hard to integrate into society - I believe it to have been a world first.