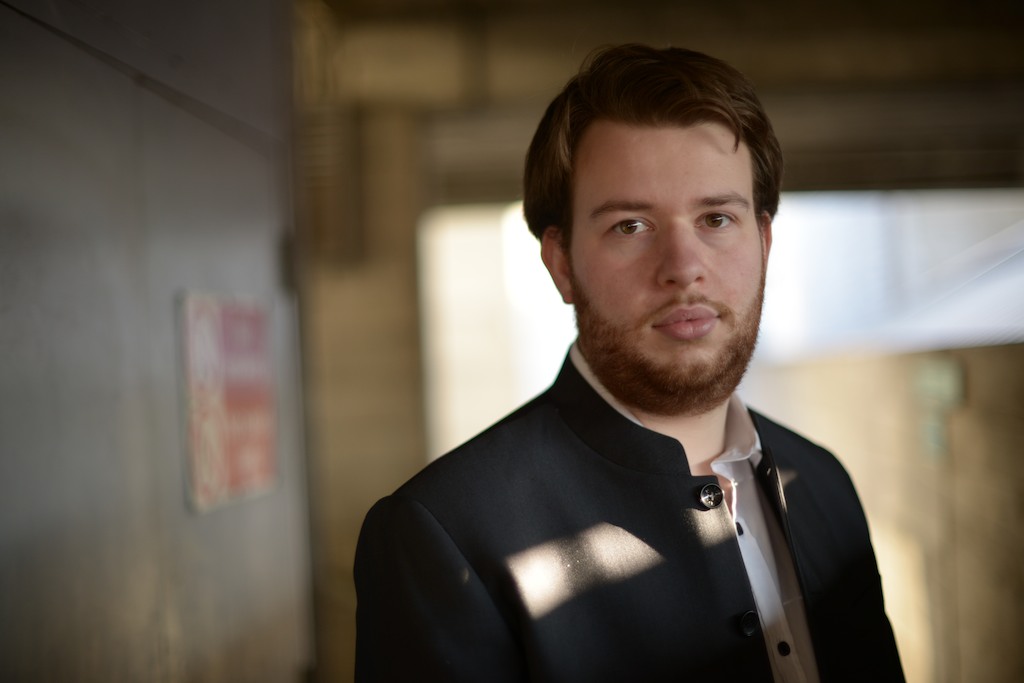 Our tour of Beowulf continues from the end of June in Coventry, Malvern, Poole, Cambridge and Petworth (all the details are here) and, excitingly, includes a recording.  The music was written by Armonico Consort’s composer-in-residence Toby Young a former BBC Young Composer of the Year who has written for the London Symphony Orchestra and Choir of King’s College Cambridge (where he was a Choral Scholar) to choral arrangements for The Rolling Stones (which he performed live with the band at Wembley Arena and Glastonbury in 2013).

So we wanted to find out where his ideas came from, how he tackled the challenge of writing for both professional singers and young voices from our AC Academy choirs (we’re working with 1000 of them during this tour) and the all-important verdict from the young people who sang it last year.

Can you tell us a bit about your composing background?  You’ve worked with artists like Duran Duran and the Rolling Stones, how did that come about?

I‘ve always been interested in a wide variety of musical genres, and whilst I grew up studying predominantly classical music I listened to a hugely eclectic playlist at home, ranging from 60s psychedelia (thanks to my mum’s own teenage record collection) to jazz and even death metal. When I was studying at university, I started to really explore these other musical influences – playing in bands, DJing at club-nights in the city, etc. – which led to me working with some really exciting urban music artists such as Chase & Status, Jacob Banks and MOKO, bringing my classical spin to their urban beats. For both Duran Duran and Rolling Stones, I think it was appealing to work with someone who had that classical background but also understood something about the commercial music industry and would be a bit more fluid. Those projects were a lot of fun!

What were you influenced by when you started thinking about writing a musical version of Beowulf?

My first instinct was to try use a musical language which reflected the folky, historical quality of the text. Whilst this influence definitely permeates most of the score, as I began writing, I realised that the incredibly colourful story would benefit from the inclusion of more contrasting styles to really bring it to life. As well as a more contemporary pop/rock sound of synths and syncopations, I took a lot of inspiration from film-music, particularly in the use of strange, otherworldly electronic sounds to underpin the narration and big, sweeping musical gestures. I also added a few more classical elements around the epic battle scenes to help imbue a sense of drama and timelessness into our retelling of the story.

How did you go about creating a piece for both children and professionals to sing and one that’s entertaining for a family audience?

One of the biggest challenges for me in this piece was creating something that would appeal to a wide audience whilst still remaining true to my artistic vision and musical voice. As well as combining lots of different genre influences, Jennifer [Thorp] and I worked hard to create a lot of contrasts throughout the piece, which make it quite a fast-paced and dramatic work. I also tried to write as many catchy melodies and hooks as possible, which I hope I have achieved!

You also play keyboard in the concert performances.  What was the experience like when the first tour took place in October 2017 and the response from the children taking part?

The children loved it! That was one of the most overwhelming aspects of it actually; how positive the response we got was. It was a hugely nerve-wracking experience to not only be bringing together so many incredible together to perform my own piece (which, until then, had only existed in my head) but also to be there performing amongst them. I think I was probably most nervous about the immediate feedback from the children – who are often the hardest, and most vocal, critics! – but then after the first performance, when I heard a massed choir of kids leaving the stage humming my tunes, it made all of the stress and worry completely worth it.

Do you have a favourite part of your adaptation of Beowulf?

When Danny [Coleman-Cooke] and I sat down at the beginning of the process to discuss the script, one of the most important features for us was being able to bring a ‘new angle’ to this well-known story. The twist we landed on was to have the story being retold by the ‘old Beowulf’, looking back at his life with a mixture of pride and sadness as he recounts the stories of triumph and defeat from earlier in his life. I think this added a huge poignancy to an otherwise epic story of monsters and battles, which, for me, really gives the piece its emotional heart and makes an otherwise ancient tale so relatable for a modern audience.