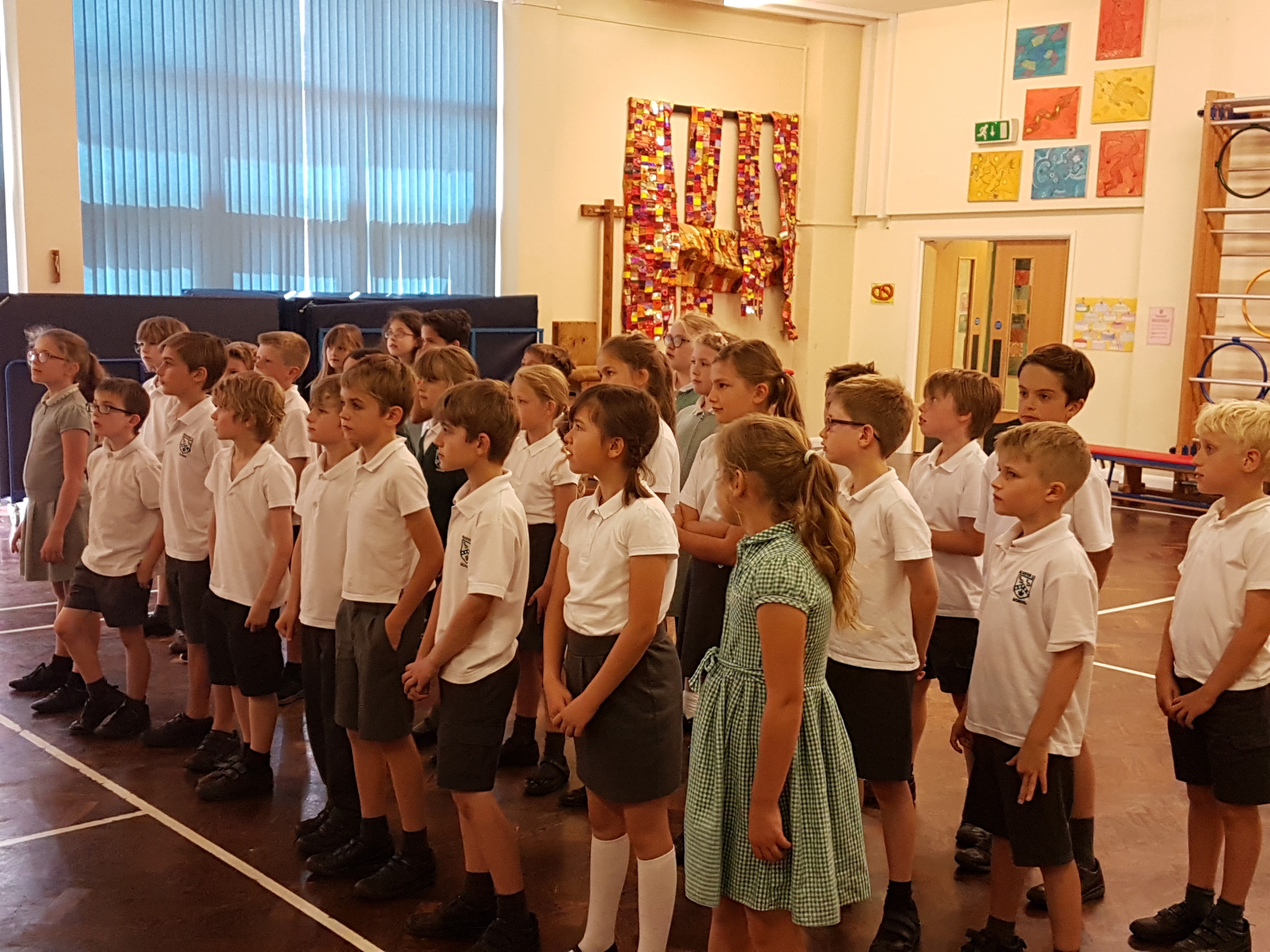 About two years ago the soprano Elin Manahan Thomas came to me having just worked on another project elsewhere with our composer in residence, Toby Young.  She, like I was really taken by his music and his ability to work proactively and inspiringly with the musicians he was writing for. Elin convinced me that the epic story of Beowulf was the right starting point for a collaboration. This epic tale would create a work of art that would not only become a great piece of music in its own right, but also something which would cross the boundaries between our professional choir and ensemble, and our AC Academy education programme.

After many, many meetings, and through the challenges and set backs of this period, our visions and conversations continued, new ideas inspiring further thoughts.

We received the first scores which would be performed by the AC Academy choirs about 10 months ago, and immediately I knew this rendition of Beowulf was going to be exactly what I had envisioned. At first the children struggled with the new style of writing, and occasional unusual harmonies, but as they discovered more about the work, the excitement started to build up. More movements followed in April this year, and I have been gobsmacked by how passionately the children from all our AC Academy choirs have approached it. But most of all I have been astounded by how quickly they were learning some incredibly difficult passages, and how they would embrace this project without questions.

At this stage I am expecting the full score any day now, and to have all the elements in place: Catrin Finch (former harpist to the Royal Household) on the harp, Elin Manahan Thomas (soprano, BBC TV and Radio Presenter), the professional singers of Armonico Consort and composer Toby Young playing synths and keyboard. It also looks like we have got our actor in place to do the narration, although I cannot say who it is until we have signed the contract!

I am incredibly excited by the prospects of what the autumn holds. It feels such an honour to be part of a project which, without doubt, is right up there at the top of Armonico Consort’s achievements. To see the look on the children’s faces when they hear and see a professional choir and harpist for the first time will be music to my heart.