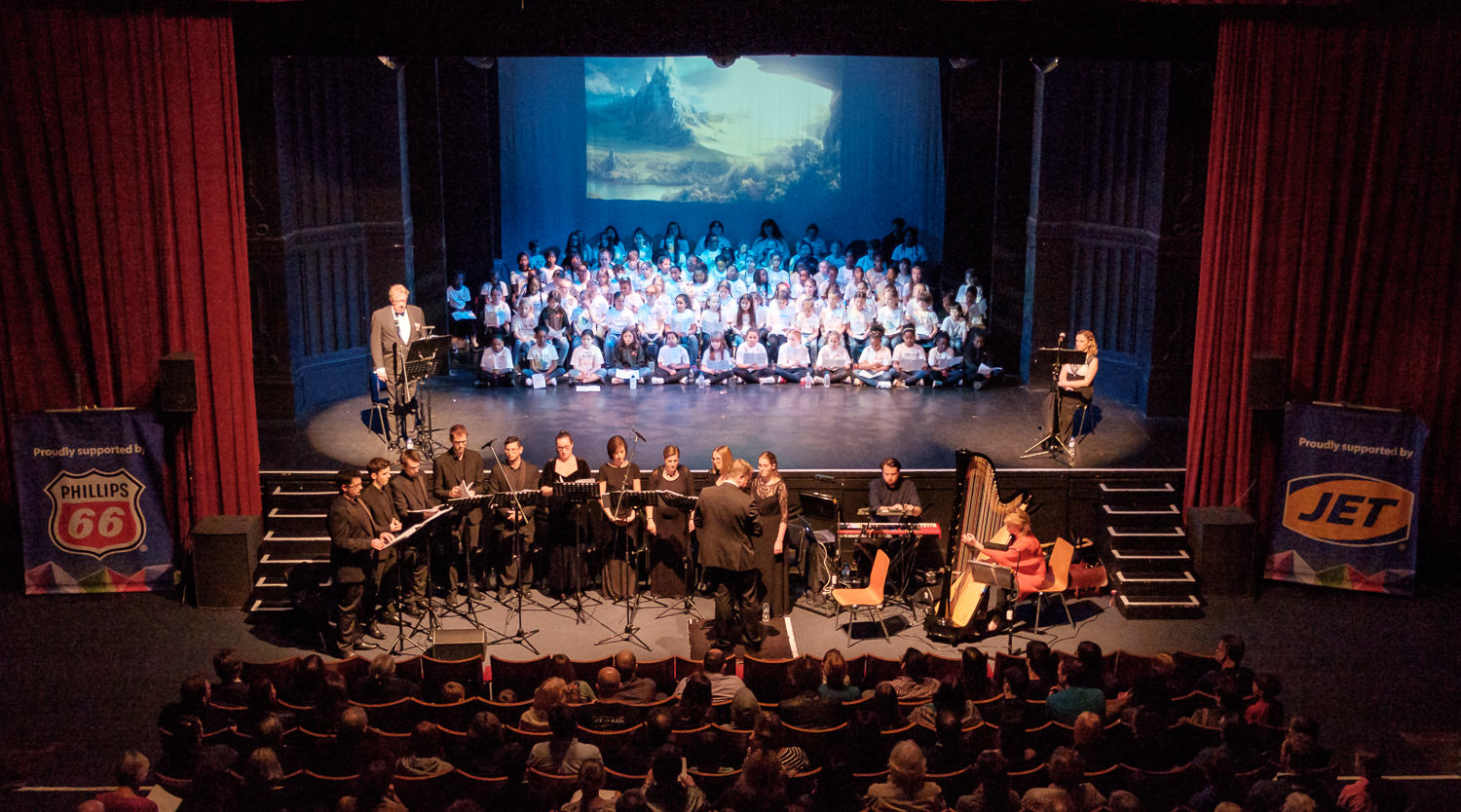 It is with sadness that I came to the end of the Beowulf project. As a musician, it is always such a privilege to be part of the creation of something new, and to nurture it as it begins its fragile journey into the world.

To spend a week in the company of such incredible professional musicians and almost 1000 young people from different AC Academy projects, building and rebuilding the performances on each of the four days, was a tremendous privilege and one I will never forget.

The work turned out to be genius. It truly captured the imagination of the children and the musicians they worked with. It challenged them too, with writing so complicated in places, even the most fastidious of musicians had to concentrate especially hard. With everyone complaining of ‘ear worm’, each day, it was clear that Toby had created something special and I cherished every single moment.

What does the future for Beowulf hold?

Discussions and plans have begun already with the ‘what next’. Because of the way the forces are constructed, it is something that we are able to role out as many times as we like into the future, as the audience will always be renewed. We have plans to make slight adaptations and turn it into something our festival partners can take on as a joint concert and education project. The biggest thing though is that we are to record it in January with some of the AC Academy choirs.

The simple thought of returning to a piece of music which gave so much joy and inspiration to so many, is one that will keep driving me on, until I think we have achieved its fullest potential!