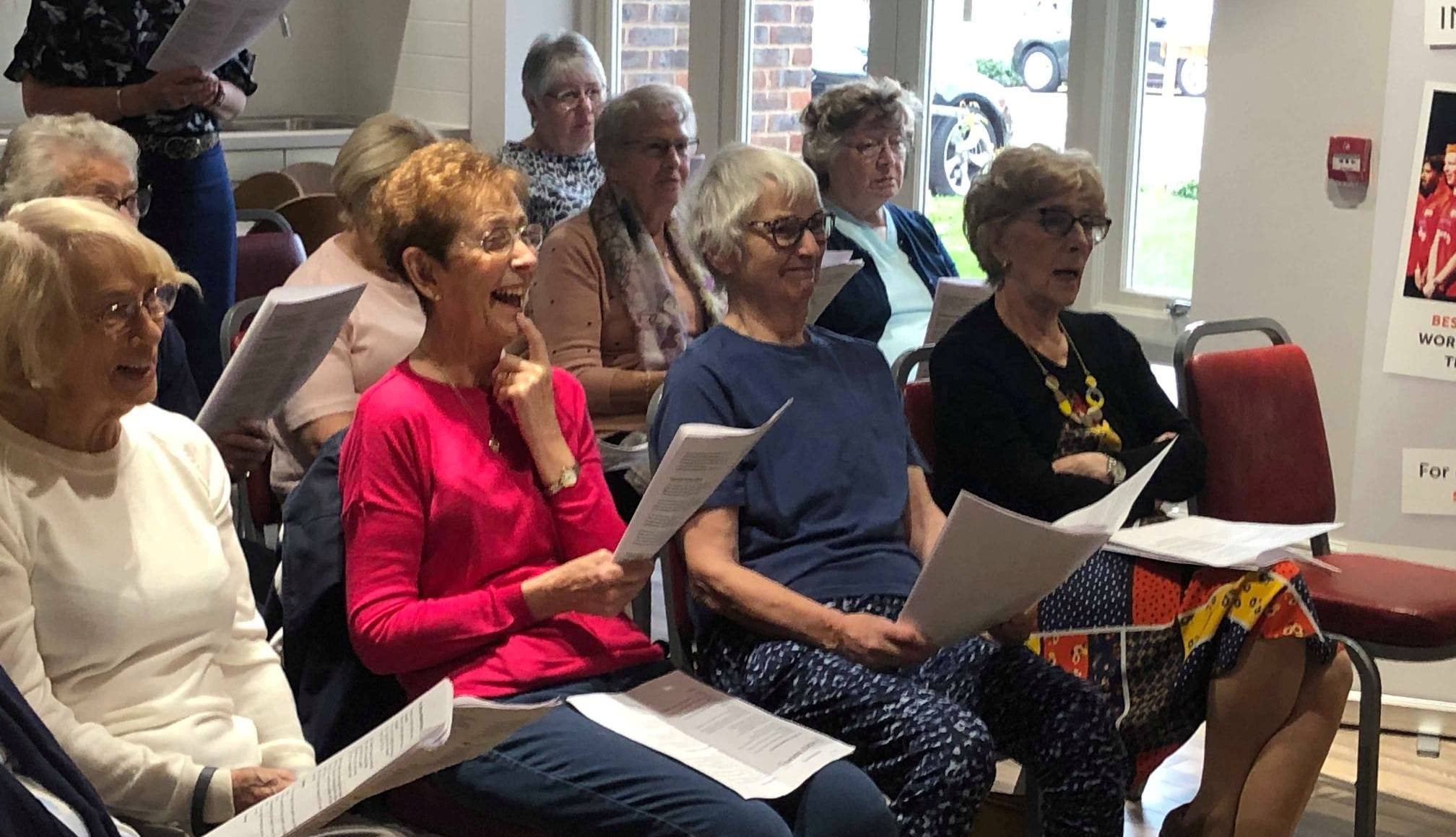 Mental Health Awareness Week (18-24 May 2020) is a great opportunity to remind ourselves of the extraordinary ability of music to benefit our mental and physical well-being.

From reducing stress among employees and improving self-esteem in young people, adding to the quality of life for care home residents to reducing anxiety and depression amongst people with dementia, it’s official SINGING IS GOOD FOR YOU!

There is strong scientific evidence that singing in a choir helps reduce stress and improves mental and physical well-being.

Independent research conducted for Armonico Consort after a 12-week Voice Squad workplace choir pilot project found that 97% agreed that singing helped them deal with stress.  Similarly, a study by the University of Leicester showed a 96% reduction in work-related stress among those singing in a workplace choir.

To set this in context, 15.4 million days were lost to stress, depression and anxiety in Great Britain in 2017/18 according to the Health & Safety Executive while the mental health charity MIND says that in any one week, 1 in 6 people report experiencing common mental health problems such as anxiety and depression.

Armonico Consort’s specialist singing workshops for care homes and retirement villages and for those with dementia bring people together for a fun, sociable and positive experience.

Recent research into the benefits of music for people with dementia points to improvements in recalling memory, retaining speech and language, reducing anxiety and depression and improving behavioural and psychological symptoms.

The healing power of music has been illustrated through programmes such as BBC1’s Our Dementia Choir with ‘Line of Duty’ actress Vicky McClure and a new Music Memories resource has recently been launched.