It’s 2001: John Eliot Gardiner has just completed a world tour of Bach Cantatas with his Monteverdi Choir and interest in early music and period performance is blossoming.  Christopher Monks and a group of university colleagues with a shared passion for music from the Renaissance to Baroque, coupled with the imagination to find new and unusual ways to present concerts, enlist the help of Dame Emma Kirkby and stage their first concert.

Initially teamed with a young band of period instrumentalists called Armonico Tributo, the singers named themselves Armonico Consort, but it wasn’t long before they started picking their own players with a natural, instinctive passion to play with voices.  Audiences seemed to love their engaging and imaginative approach, and most concerts in the first years sold out.

“That gave us confidence, energy and self-belief to carry on and do more, also to take more risks with our programming, and keep on experimenting,”
says Christopher.

The ideas kept flowing, as did the titles (“many of them were created down the pub”) including the concert programmes Naked Byrd and Supersize Polyphony, and newly-created operas Monteverdi’s Flying Circus, Too Hot to Handel and Baroque Around the Block (opera’s answer to Horrible Histories).  Their horizons broadened – alongside Purcell, Bach and Palestrina, might be found Elgar and Bernstein – but at the heart remained music of the Baroque and Renaissance, including some rarely-heard gems, performed by the finest singers and players using period instruments.

“We take great care to craft programmes which bring as much little-known music to life as possible, and find new and imaginative ways to bring this music to audiences.  I’m particularly proud of Supersize Polyphony where we perform 40 and 60-part works by Tallis and Striggio completely in the round, interspersed with Hildegard of Bingen”.

It earned the group their first 5 star review, from The Times, and there were plenty more to follow.

Among many notable events were their Wigmore Hall debut in 2003, performing at the Hampton Court Palace Festival with violinist Nicola Benedetti (beginning a continuing musical friendship), Mozart’s The Magic Flute at the Barbican and Elgar’s The Dream of Gerontius with the Philharmonia Orchestra, as well as tours to Dublin, and giving the first performances of Francesco Scarlatti’s music in Italy (Naples) and Tel Aviv.  By 2011 they had reached their 300th concert – a performance of Carmina Burana at the RSC featuring Armonico Consort and youngsters from its singing education programme, AC Academy.

An education programme was fundamental to Armonico Consort from the outset.  Christopher explains,

“We were asked by a county music service not to form a children’s choir, which struck me as odd as there were so many young people and so few opportunities.  We ignored them, and in 2007 founded our first AC Academy after-school choir and they've been going strong ever since.”

Alongside this was an in-school programme:

“We spotted a gap in the provision for young people and devised an effective and efficient way of training teachers as choir leaders, leaving a strong legacy in each school.”

This Choir Creation scheme became the backbone of AC Academy and has led to partnerships with the Royal Albert Hall and six music hubs across the UK, reaching 15,000 children a year.  By 2020, Armonico Consort aims to create 300 children’s choirs and 300 new choir leaders.  As a testament to its legacy, in 2016, 2000 children from 50 choirs created by AC Academy performed together at the Royal Albert Hall.  The performance also saw the results of a new song-writing and performing programme for children with special needs:

“We never cease to be blown away by what these incredible young people can achieve,”
says Christopher.

And the work goes on: in 2018 a new scholarship scheme began offering singing lessons from the finest tutors and performance opportunities alongside professional musicians to exceptionally talented young singers while a new partnership with the music faculty of the University of Cambridge is finding ways to train MMus choral conducting students as youth choir leaders of the future.

The Choir Creations scheme has also been the inspiration behind Voice Squad, an initiative that recognises the scientifically-proven benefits of singing by setting up workplace choirs to reduce stress, promote well-being and boost productivity among employees. This has had an incredible effect on the mental health and well-being of the workforce, including increased positivity, teamwork and helping in the recovery of illness such as depression. In 2018, we formed The Voice Squad in collaboration with Arts Council England and Coventry City Council, which as of 2019 has rolled out nationwide. We aim to have over 2000 employees singing in a choir every week by the end of 2020.

Armonico Consort counts Dame Judi Dench, Jeremy Irons, Nicola Benedetti, Sir Willard White, Ian Bostridge and Catrin Finch among their many guest artists.  They have developed relationships with major concert halls across the UK and their recordings are regularly featured on BBC Radio 3, Classic FM and radio stations across the world.

2019 sees the release of the recording Supersize Polyphony with the Choir of Gonville and Caius College, Cambridge, a major UK tour of Beowulf written by our composer-in-residence Toby Young, and performances of Carmina Burana, Love Handels and Purcell’s Dido and Aeneas.

Future projects include a tour of Bach’s St Matthew Passion with Ian Bostridge in 2021, a performance at the Royal Albert Hall with the AC choirs and orchestra, a revival of the Supersize programmes combined with Biber’s 53 part Mass as part of Armonico’s 20th anniversary celebrations and a new commission of ‘The Coventry Oratorio’ for 5000 voices with the CBSO as part of the City of Culture in 2021. 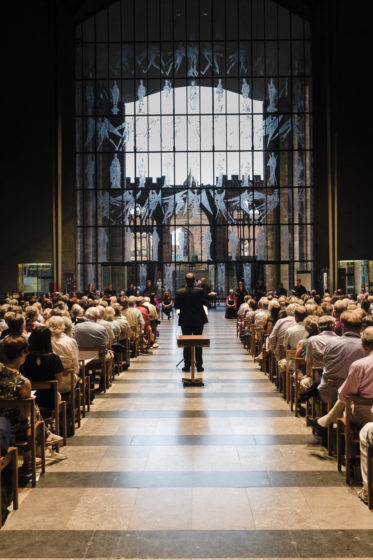 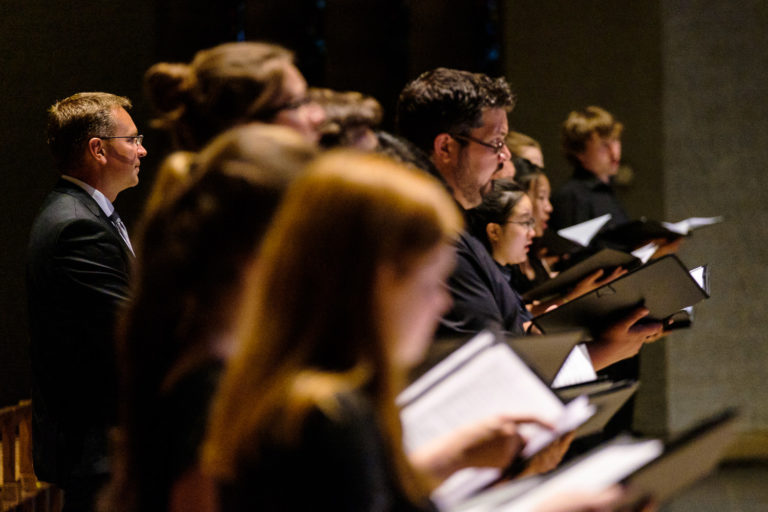 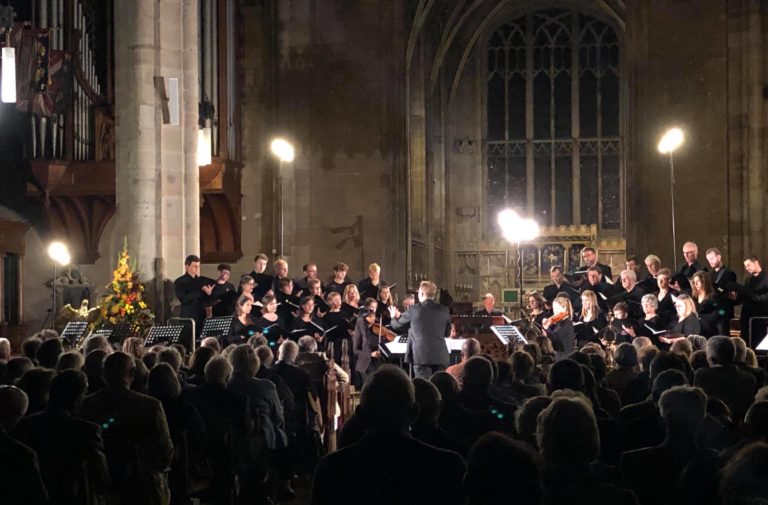 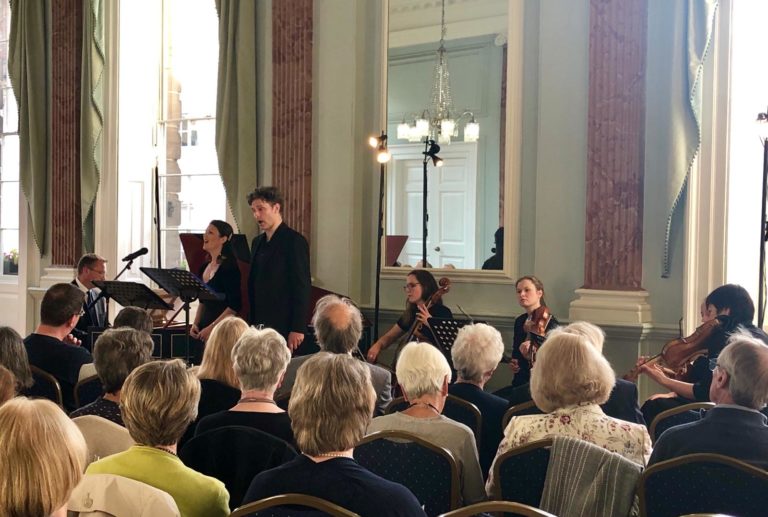 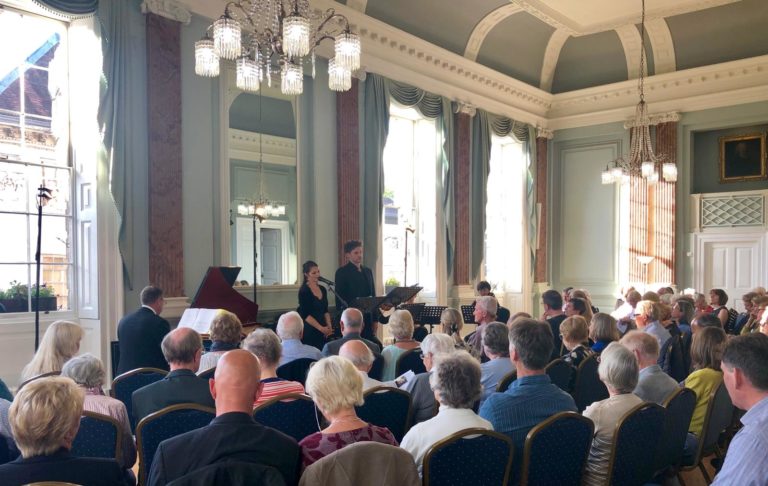