The Royal Albert Hall world premiere of It Takes A City by Toby Young, was one of Armonico Consort’s most epic events to date.   2000 young singers, soloists, symphony orchestra, chorus and bhangra dancers, performed spectacular new music written specially for our 20th anniversary.

Conducted by Artistic Director Christopher Monks, the concert in May featured three world premieres and some well-known favourites, as well as pieces to honour HM The Queen’s Platinum Jubilee, and the Commonwealth and the communities within it.

And it took place in front of Their Royal Highnesses The Duke and Duchess of Gloucester.  We couldn’t have been more proud.

Here are a few highlights of a fabulous occasion. 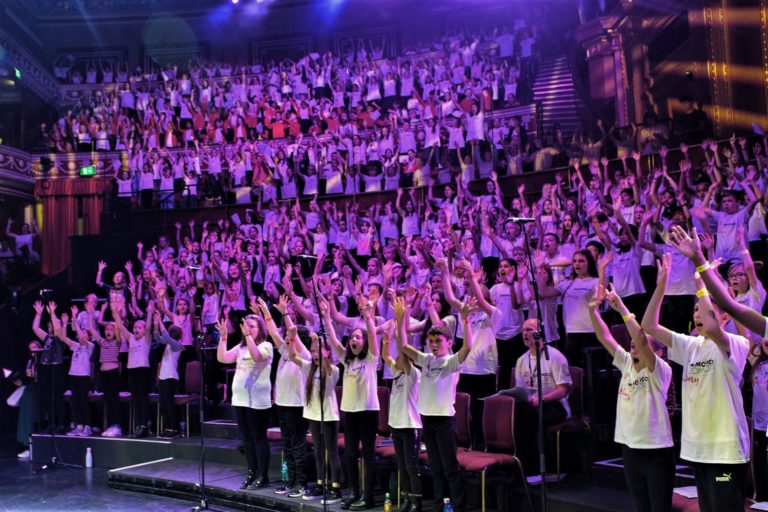 It Takes A City is an hour-long work by Armonico Consort’s composer in residence, Toby Young, with libretto by Sayan Kent, commissioned for our 20th anniversary.   This story of family life brings together a range of musical styles, from plainchant to folk, reflecting the vibrant, multi-cultural soundscape of modern Coventry. 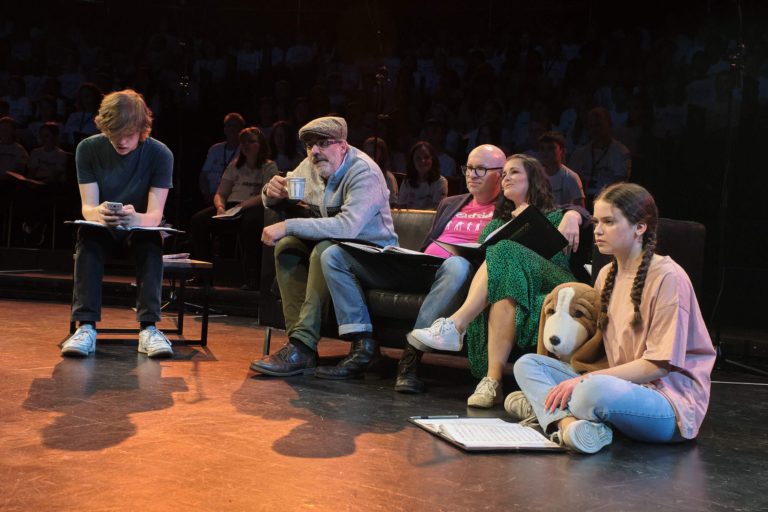 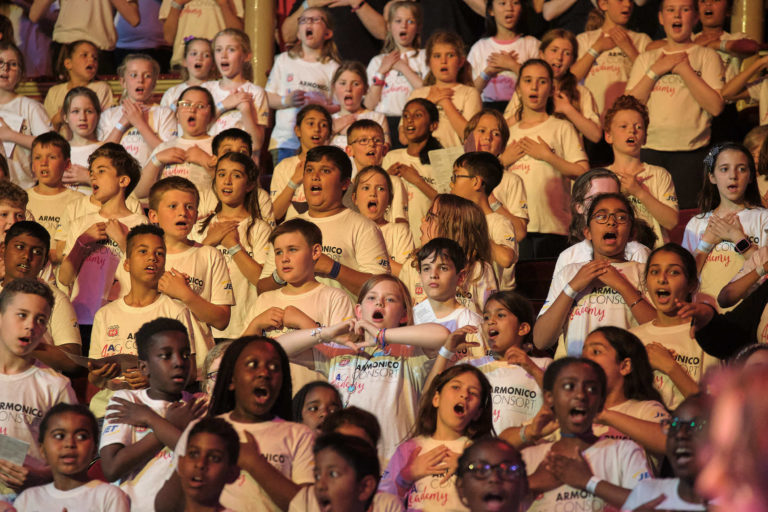 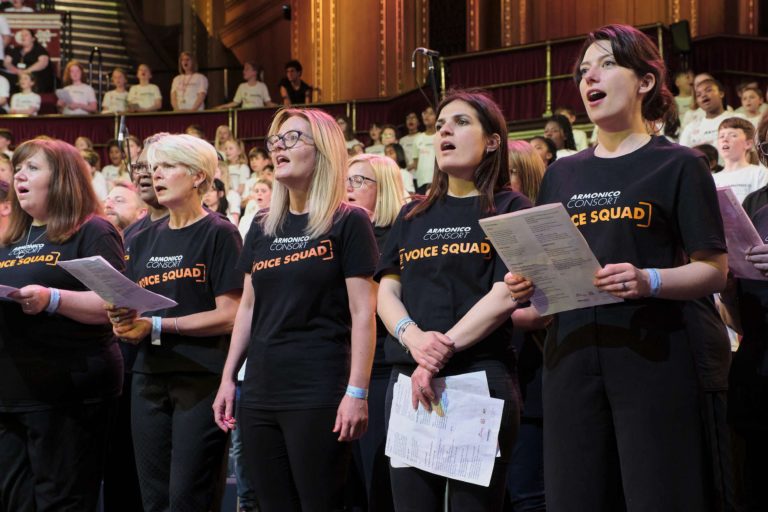 VP Bhangra dancers and dhol drummer added to the spectacle. 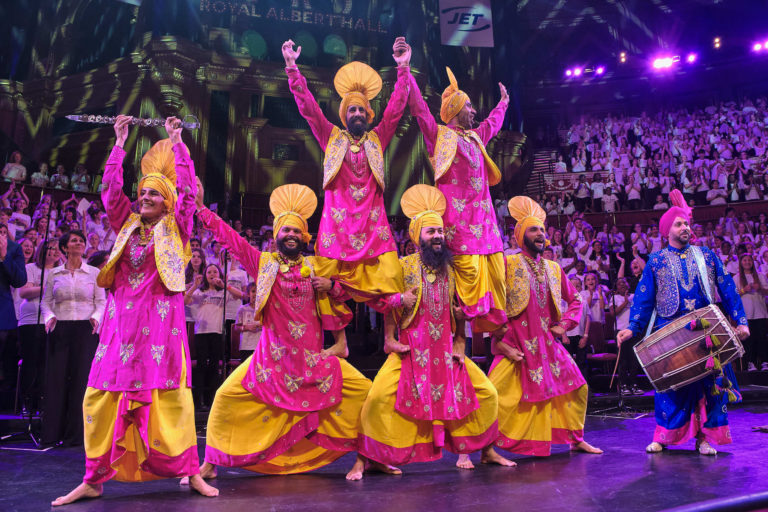 The concert opened with a specially written vocal fanfare by Hollywood composer David Buckley, whose credits include Jason Bourne and Shrek 4. 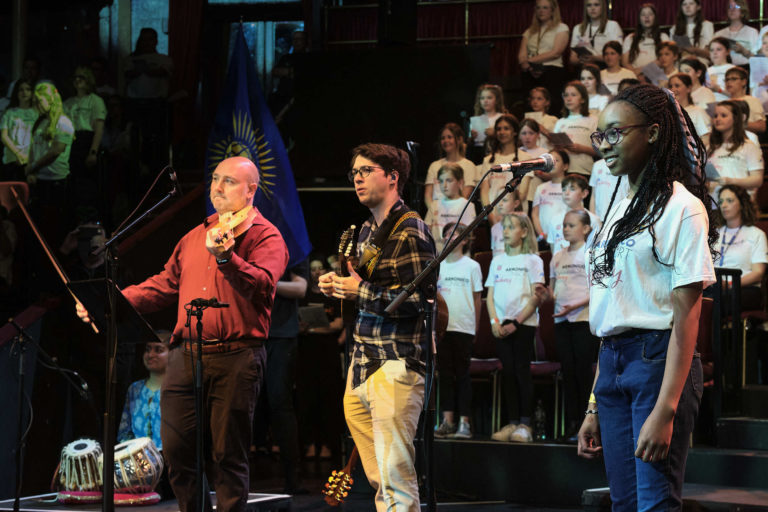 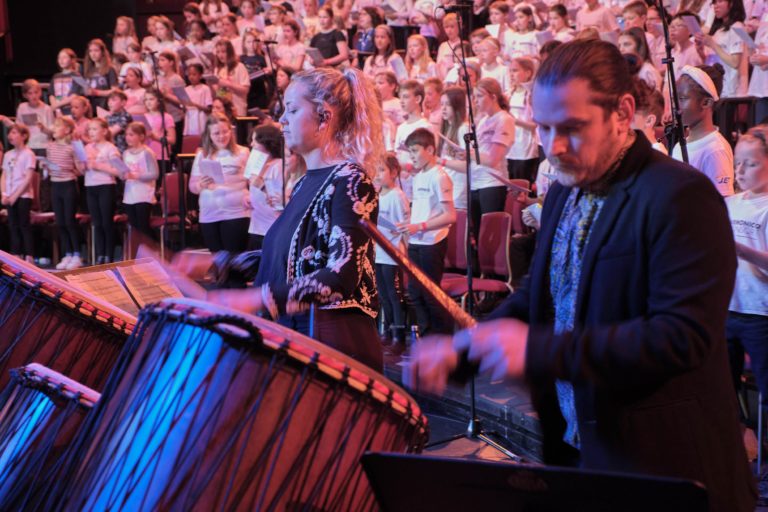 Another new work – The Singing Nation – also by Toby Young, was inspired by songs he and Christopher Monks learned during a visit to Kenya in 2020 when they led vocal workshops for groups supporting street children.  And there were plenty of favourites as well, including hit songs Africa and Sing. 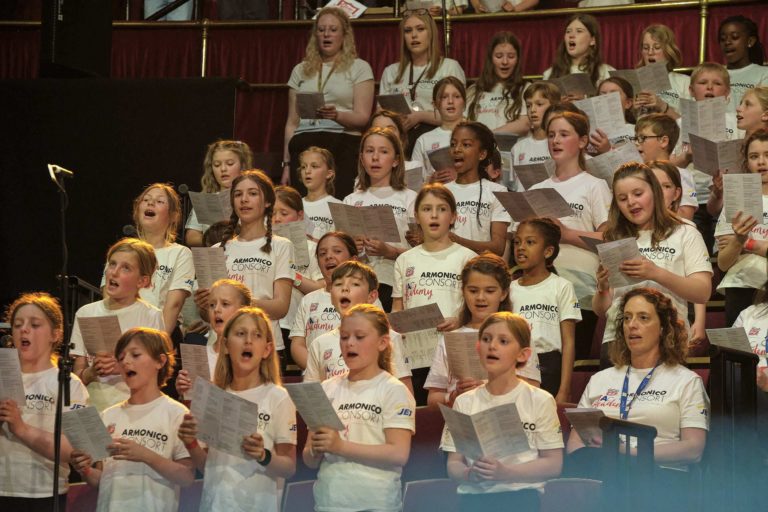 The whole event was a ringing endorsement of our Choir Creation programme and its mission to give children unforgettable, high-quality opportunities to make music in venues like the Royal Albert Hall.   In 20 years, we’ve now formed 300 choirs and choir leaders, leaving a legacy of music, skills and motivation in every school. 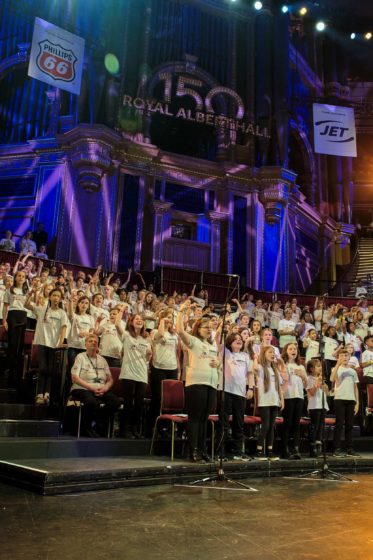 Afterwards, composers Toby Young, Richard Harvey and David Buckley were among those to meet HRH The Duke of Gloucester (2nd right) 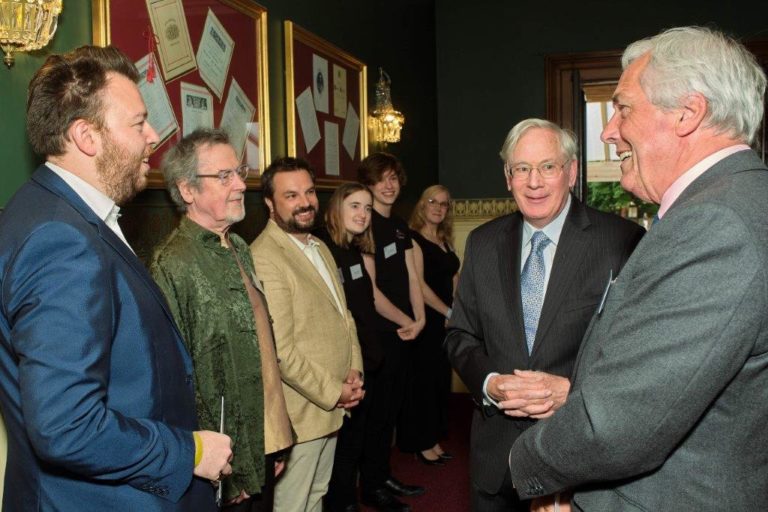 A fabulous achievement for all concerned, and an awesome celebration that put the icing on Armonico Consort’s 20th birthday cake. 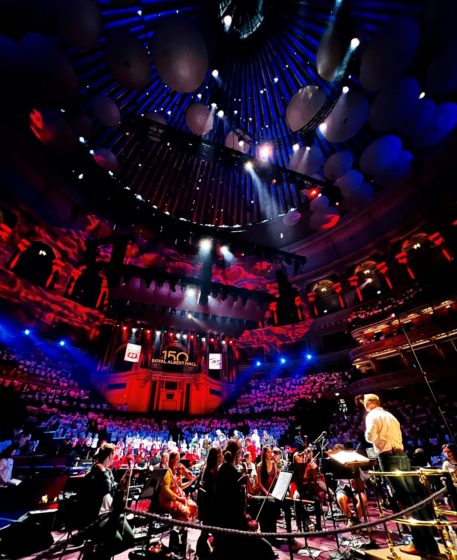