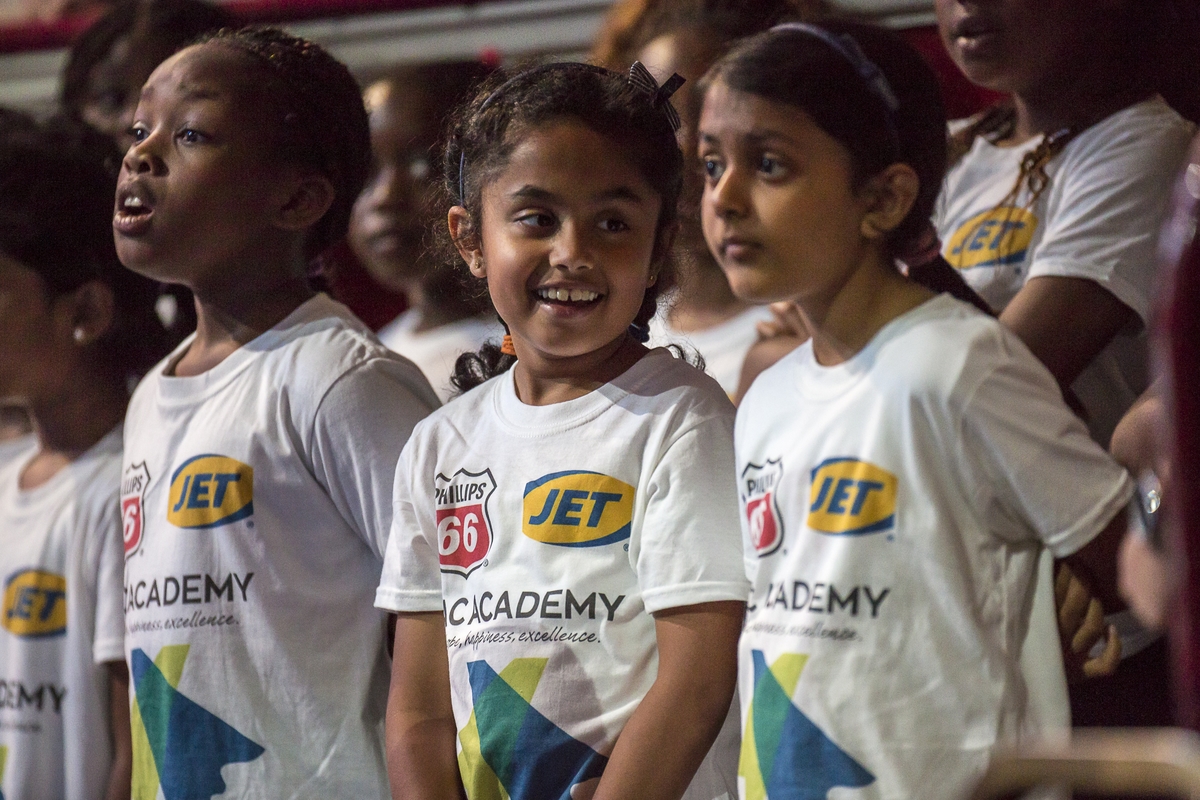 This week I led the warm up through the use of rounds, first a clapping exercise then a song. The clapping exercise involved splitting the choir into four and asking them to clap different rhythms. Whilst it would be expected that by the end of the exercise the students would have sped up, they kept a good tempo and, as always, approached the task with enthusiasm. Next we sang London’s burning as a round. I asked the students to make their own actions for this piece, which they did imaginatively, and we then began the round. Despite having lots of other parts of the song being sung around them, the students did a great job of learning their parts and keeping up without getting distracted. During the rehearsal we had our weekly AC Academy’s Got Talent! where we listened and watched three diverse performances (magic show, singing and dancing). Each week I am astounded by the talent showcased in the break and look forward to hearing the children. As for the songs being prepared for the concert, the students showed some real progress, getting through each piece copiously and accurately. I am really looking forward to seeing them perform on the stage of Warwick Arts Centre next month!