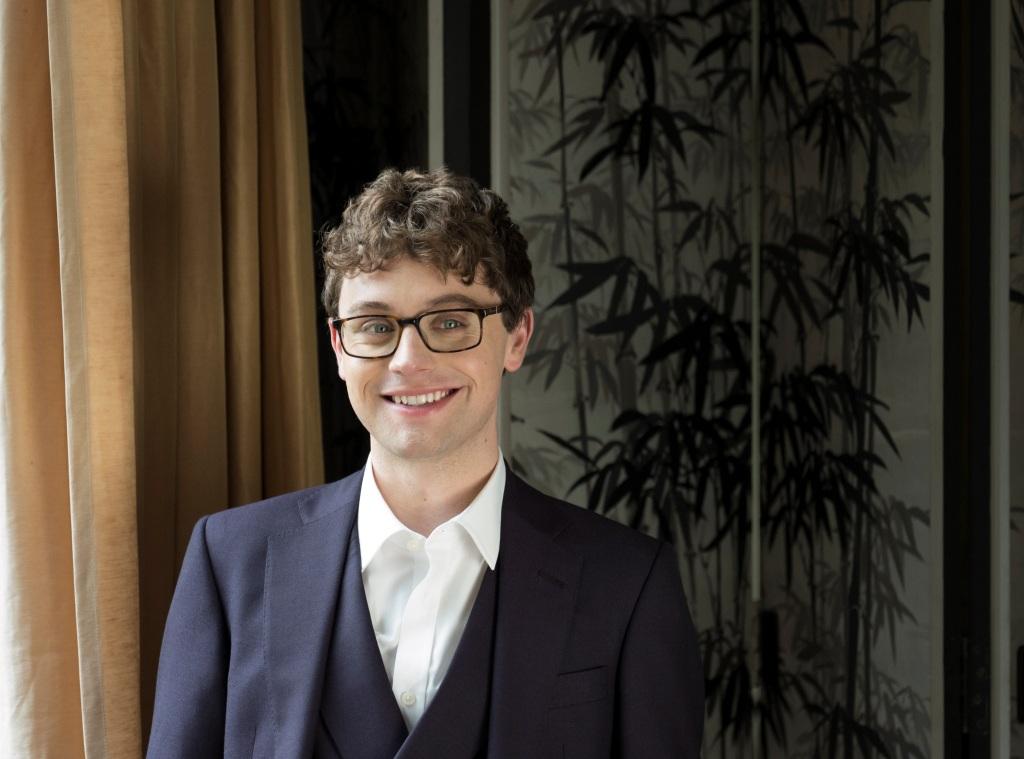 Proud Leamingtonian, Edward Button is one of the newest members of the world-famous King’s Singers.  Ahead of their concerts with our AC Academy and Voice Squad choirs, he tells us how his early love of singing, parental encouragement and lots of practice, have led to his dream job.

As a pupil at Warwick School, Edward Button recalls that he first heard The King’s Singers at The Collegiate Church of St Mary, Warwick: “Our director of music suggested we go and listen to them rehearsing when they came to give a concert in St Mary’s Church, Warwick. They were amazing. I couldn’t possibly ever have imagined that I would be singing with them as part of the group one day. It’s flabbergasting really.”

“My love of singing began at the age of just seven when I was asked to audition for a choristership in the Chapel Choir at Warwick School. Thankfully I was invited to join! At first the early Sunday mornings were a struggle but, after a few months, I was raring to leave the house to get to practice. Over the years I have realised that there are few better things in life than making music; the creativity is limitless, helping people to feel their emotions is exhilarating, and the teamwork has resulted in lasting friendships.

I became an honorary member of the choir of the Collegiate Church of Saint Mary Warwick, a place that I consider to have become my musical home.

“After finishing school, I read geography at Girton College, Cambridge where I won a choral scholarship and the Tom Mansfield Memorial Prize in recognition of my contribution to College music. During my university years I was keen to have somewhere to sing outside the (famously short) Cambridge terms; I became an honorary member of the choir of the Collegiate Church of Saint Mary Warwick, a place that I consider to have become my musical home.”

After graduating, Edward was appointed the Alto Lay Clerk at King’s College, Cambridge which meant singing in seven services a week as well as recording, touring and broadcasting (including the famous Festival of Nine Lessons and Carols broadcast to millions of people across the planet). Two inspiring years as a volunteer in Gonville and Caius College Choir followed and included groundbreaking recording projects featuring ancient Celtic chant and contemporary South American music.  Then, as Alan Kendall Countertenor and one of the six Gentleman in the Choir of Her Majesty’s Chapel Royal at Hampton Court Palace, he sang in the weekly choral services in the Chapel. Recent highlights include a service marking the centenary of the Order of the Companions of Honour in the presence of HM The Queen and HRH The Duke of Edinburgh, and recording Elizabeth I’s Battle for God’s Music, a BBC television programme presented by Lucy Worsley.

“Over the years I have performed as a soloist for many groups and had the opportunity to travel the world with my music.”

When not singing, Edward spends much of his time running a small charity in Warwickshire with his grandparents, Rufus’ Friends’ Fund.  “The Charity supports people with learning disabilities and was set up in memory of my late uncle. I get such a buzz developing the Charity to help the local community. Otherwise, although I do not have much opportunity to do so, I love meditating, collecting antiques and walking; much of my childhood was spent in the countryside, making camp fires, damming streams and generally getting muddy!

“I am indebted to my family for nurturing my love of singing, especially my mum and dad, Delia and Nick, who waited in the car for me during countless singing lessons and choir practices, and my sister, Bertie, for sitting through service after service and concert after concert! I wish I had the space to thank all my singing teachers, directors of music, musical colleagues and friends who have supported me, and from whom, I have learned so much.”