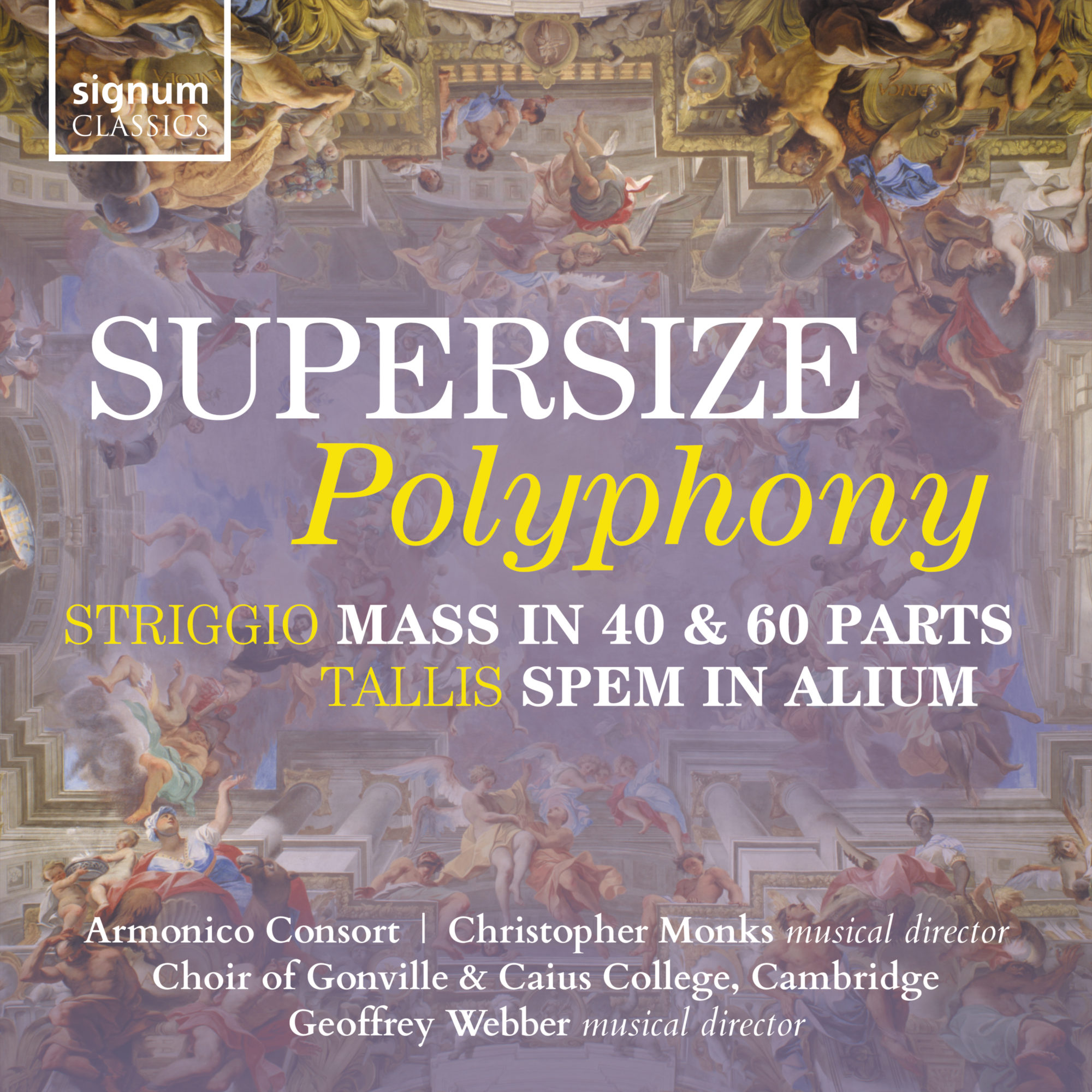 It’s release day!  And there’s a supersized degree of excitement here at Armonico HQ as we launch our gorgeous new Supersize Polyphony recording on Signum Records.

Have a listen here

The recording was made during last year’s fabulous tour with the Choir of Gonville and Caius College Cambridge and Dr Geoffrey Webber and features Tallis’ Spem in Alium and the 40 and 60-part masses by Striggio.  As with the concert performances, the recording intersperses the works with ethereal chants by Hildegard of Bingen.

Thomas Tallis’ Spem in Alium is widely considered to be the greatest piece of music of the English Renaissance.  Written for 40 individual voices arranged in eight groups of five singers, it starts with a single voice before others join in and vocal ‘conversations’ fly across the space.

It is thought that Striggio’s great motets, Ecce Beatam Lucem and 60-part Missa Ecco Si Beato Giorno, were the catalyst for Tallis’ composition, an Elizabethan nobleman challenging “whether none of our Englishmen could sett as good a songe”.  Striggio’s Mass is a real rarity, involving 60 individual voices at one point.  We believe ours is the first recording of the 60-part mass for voices alone.