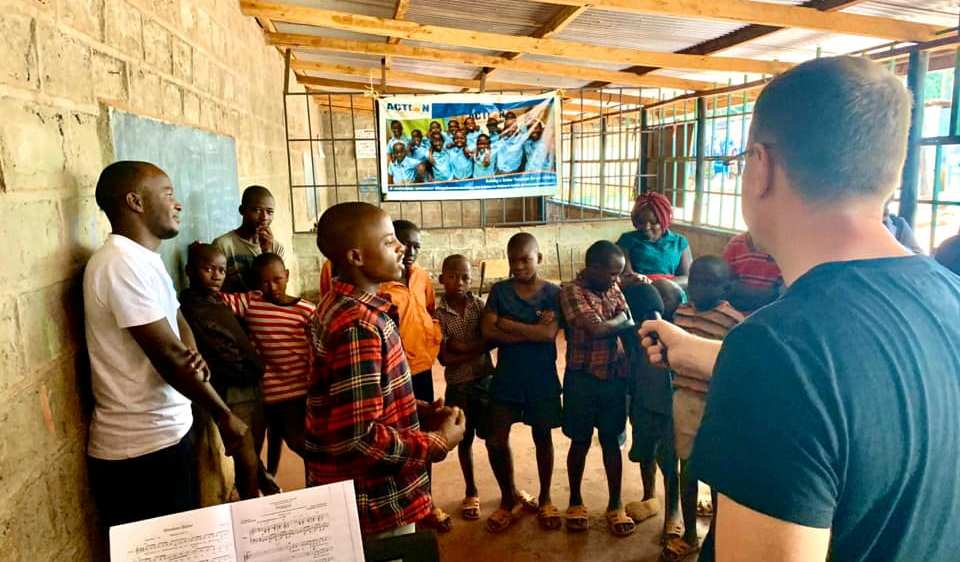 In the second of a three-part diary of their Choir Creation visit to Kenya, Christopher Monks and Toby Young experience two very contrasting situations – the first a centre for young boys rescued from the street, many of whom were orphans. The second, a school set in the middle of nowhere, almost tribal, and their first experience of the Kenyan Maasai heritage. 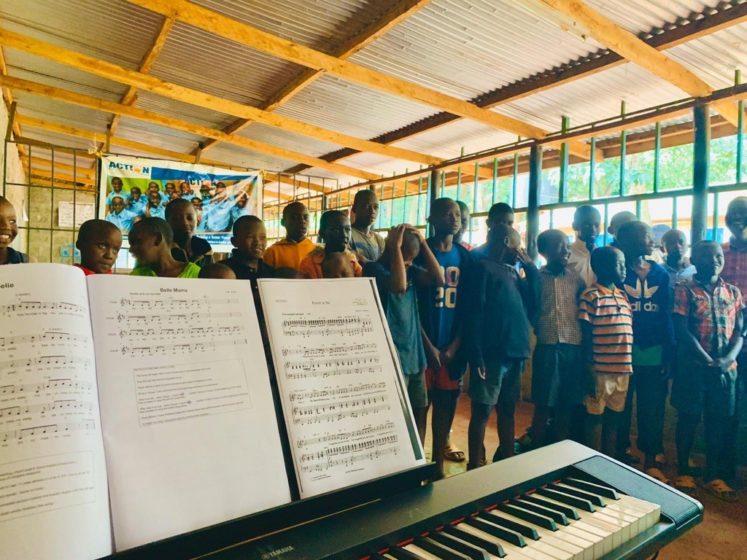 Action for Children in Conflict Centre

Christopher writes: The leader at the Action for Children in Conflict Centre was fabulous – Anthony was not a musician, but he was a natural leader and easy to train. As were the boys. At first, their fragility and distrust were palpable but, gradually, we were able to build a bridge, and they were incredible.

It was obvious that most had not sung before because of their situation, so learning to pitch using their vocal muscles against what they heard took a little while to get used to.  As they had never learned songs using the rapid listen and repeat techniques we employ, we had to utilise a pattern of learning that we discourage in the UK – by saying the words as well as singing (normally we break the songs down by line and rapidly repeat each once, then go through together). We felt we achieved so much, partly because we were building from literally nothing. They sang the songs to us as we walked towards the car at the end. They were smiling now.

Toby adds: I found this to be the most moving of our visits. Some of these boys, as young as 5 or 6, have had such a hard life on the street that they turned to drugs (particularly glue sniffing) to block out the horrors of beatings and cold nights. Several of them were even going cold turkey during our session, looking distant and unengaged. As we began singing though, something changed in them, and they began to engage. It was just amazing to see how positive the effect of singing had on them, and how quickly they picked up the music: by the end one of them was even using Christopher’s leadership techniques to teach the others a song he knew. 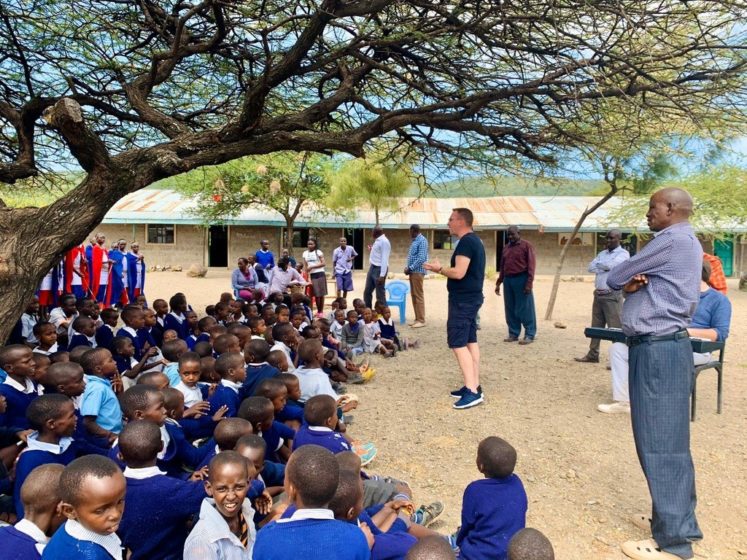 Christopher continues: The second venue was a huge culture shock, and my first experience of tribal culture. Many of the children had never seen white people before, and they thought our hair was taken from a horse! They were so excited to see us and proudly put on a performance by their choir – a Maasai tribal dance and song about daily life – performed against the most breath-taking backdrop. I didn’t have a clue what to say to improve what they were doing!

But when we shared some of our British songs (sharing was clearly the way forward, after all, and we were also there to learn their music), we were able to develop our work.  We introduced them to singing in harmony – something they had not done before – and sang ‘Drunken Sailor’ in 4-part harmony with the whole school, under a tree in the school yard under the watchful eye of the village elder.

Singing technique and breathing was something they had never come across: learning really simple things like how they opened their mouths, and to breathe often, made a massive difference. Their teacher was desperate to learn more about how he could improve, but we ran out of time – for safety reasons, we could not risk getting back to Nairobi late at night.