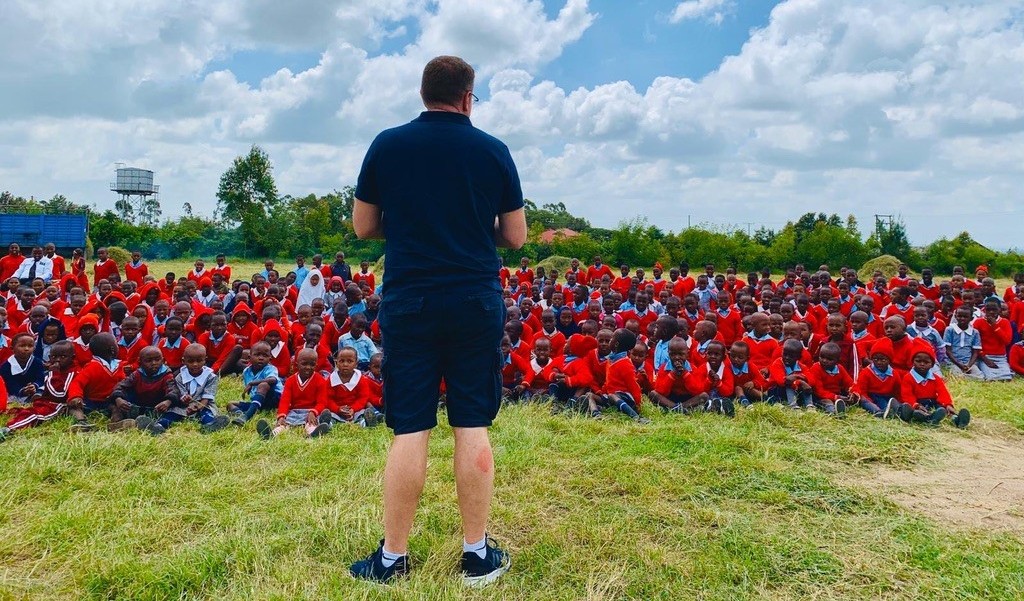 The final part of their Kenya Diary from March sees Christopher Monks and Toby Young lead a workshop at a Maasai school, join the incredible Juakali Drummers, and visit a haven for girls caught up in drugs and prostitution.  Along the way, they attempt to the learn the drums and are made honorary Maasai warriors before coronavirus forces a late night emergency evacuation as Kenya is locked down. 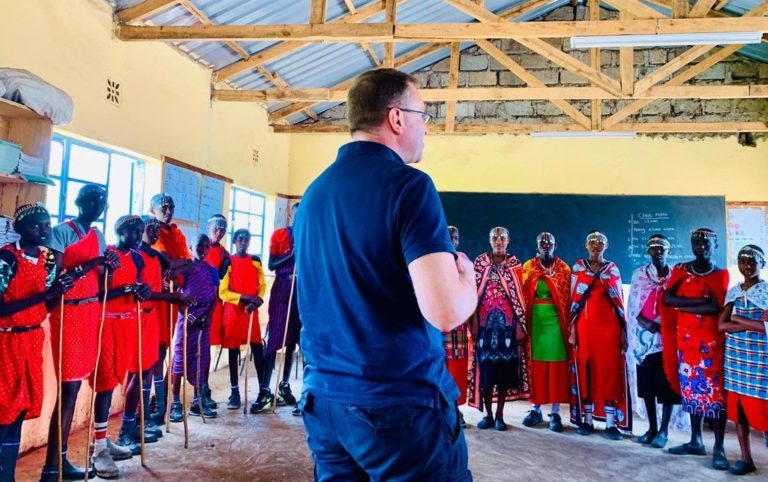 We were visiting another Maasai school. Their singing and dancing was again fabulous.  Rather than singing with the whole school at first, we asked just to see the choir on their own.  This proved very effective and we learned three songs very quickly, training both the choir leader and another teacher.

We then worked with the whole school, out in the field, acoustically shocking, but we got the job done!

The workshop went incredibly well, and in a rather ill-judged move, they bestowed upon me and Toby the honorary position of Maasai Warrior! 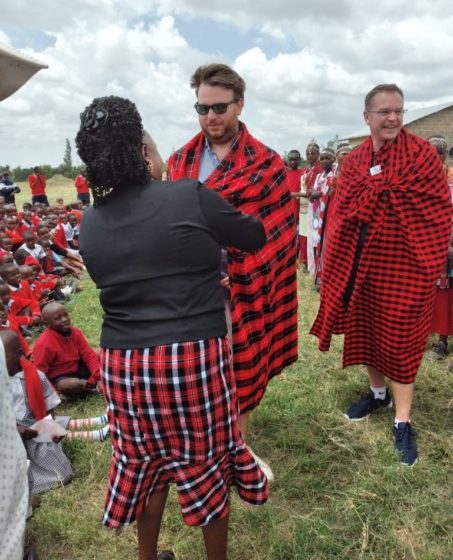 Toby Young adds: The reflections Christopher and I had each evening were so important in ensuring that we were as flexible and resilient when dealing with each situation. I had immense pride after our morning session in the Maasai school went so well, and the students clearly left inspired and happy (there was not a single site we visited where we didn’t leave to ad hoc choruses of the tunes we had been teaching!).

During the morning we visited an incredible drumming group which was set up to do exactly what we try to achieve with the creation of choirs. The members were teenage boys who literally turned ANYTHING into a percussion instrument.

Once they had performed to us, agreed to share material with us and allowed us to teach them something, they opened up and we had the most fantastic time with them. They even taught us how to play the drums. We were terrible!

They were fabulously talented with real energy, I would strongly urge you to look at this video of the group from our Facebook page: 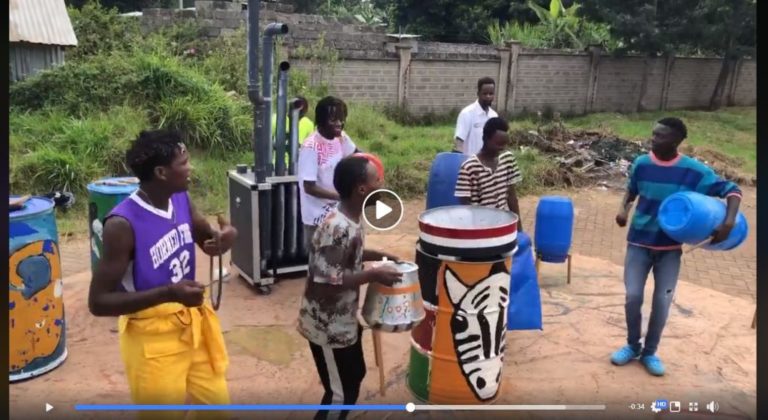 Toby Young adds: The session with Jua Kali drummers was a lovely point of difference in this project; working with musicians who were clearly naturally fluent in one medium, but hadn’t quite got the confidence in themselves to transfer that musicality to singing. I feel that if we had had more time with them, I would have really been able to inspire this group in particular, and really hope that there may be another opportunity to collaborate with them. It was also so wonderful to see their resourcefulness in making their own instruments – something that it would be great to teach to children back in the UK! 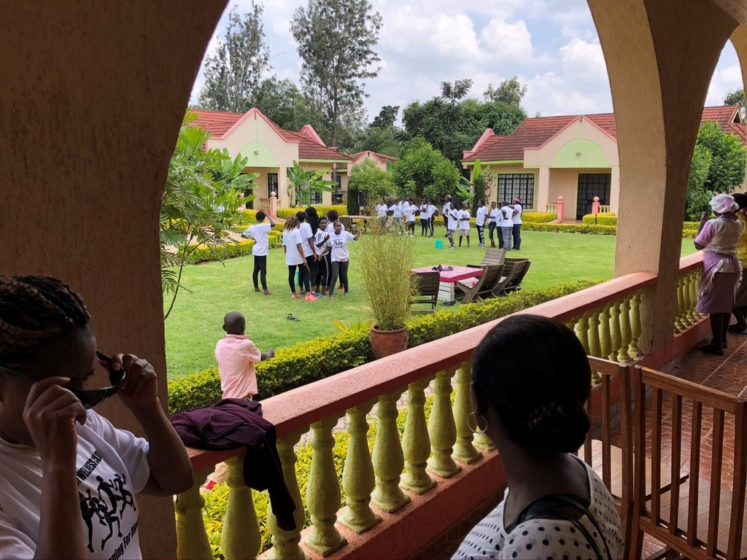 Later in the day, we went to an institution for girls caught up in abuse, drugs, prostitution and poverty, seeking through the learning of skills to build confidence and self esteem, and to empower them and rehabilitate them into society, all within the confines of a very safe space.

As two white males, they treated us at first with suspicion and the workshop had a very slow start, but it was clear there was some extraordinary talent and hunger to perform. We achieved some incredible results with them and there is a fabulous short film of them performing a national song to us as a thank you. It was an inspiring experience, but desperately sad to know that later that day they would be returning to the unsafe and volatile, and in some cases, vile backgrounds this haven was temporarily protecting them from.

On what should have been our penultimate day, we had a little time off to see some wild animals, being careful not to get our hands bitten off in the process! 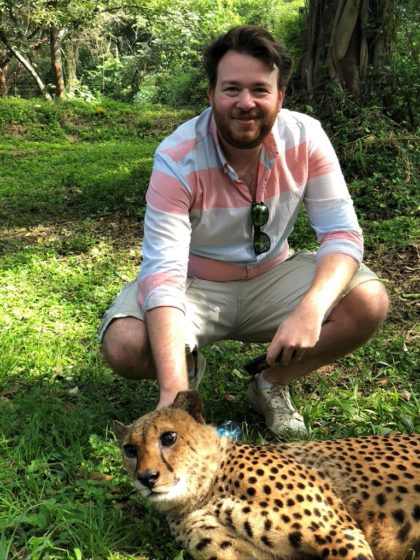 We then spent the afternoon with Patricia and Mercy Thuranira planning the future, and assessing the effectiveness of our work so far, and what we would change to improve it.

Our work suddenly came to an abrupt end.

Shortly after our meeting, there was a televised Presidential address closing the country down the following day to protect from the Covid 19 crisis. We packed quickly and fled the hotel in the dark, making our way as discretely as possible to the airport terminal. We had to bribe our way onto a flight out of the country, but we arrived home safely. If we had not done that, I would be typing this from a hotel room in Nairobi.

Kenya is almost the opposite of the UK, and we have so much to learn from ‘The Singing Nation’. We have the skills and people to run things, but only now is it dawning on the educational authorities just how vital singing is in education – it is growing, and it can be fantastic. On the flip side, Kenya is a nation where everyone sings, they engage with it in education with a passion to make it happen; although there is a lack in the skill set to achieve it, it is accompanied by a real hunger to learn – how exciting is that?

This will continue, we are now looking at founding AC Africa. 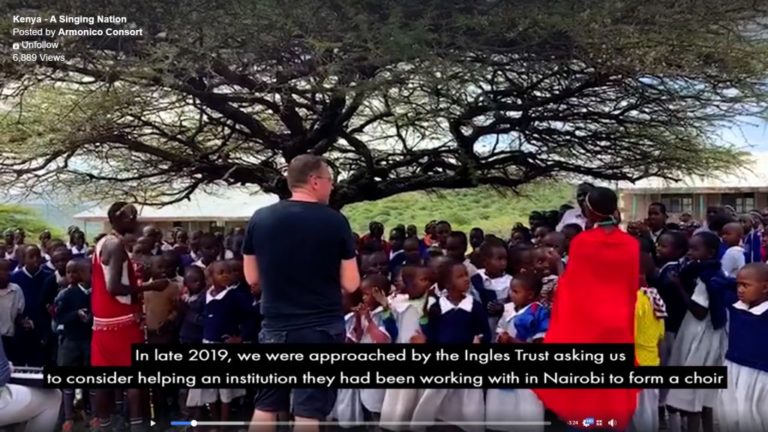